The Quincy Physically Strong Adventure Race was held for it's 4th year on March 23rd. I don't know how I've missed this race in the past but, I was excited on it's location since I was born in Quincy, IL and my family still lives there. It was also a qualifier for USARA Nationals and a Regional Championship. 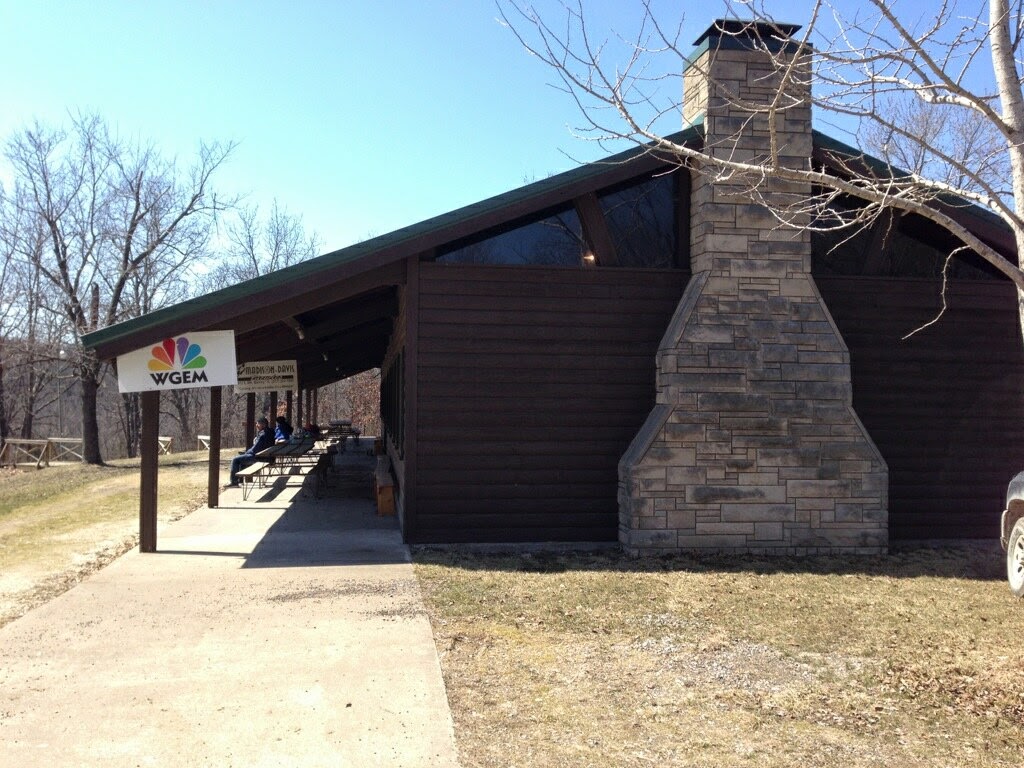 The start and finish of the race was actually situated outside of Quincy on the Saukenauk Boyscout Scout Reservation. The name of the race comes from the boyscout oath to pledge to be "physically strong." The 602 square feet wooded  reservation contained lots of hills, 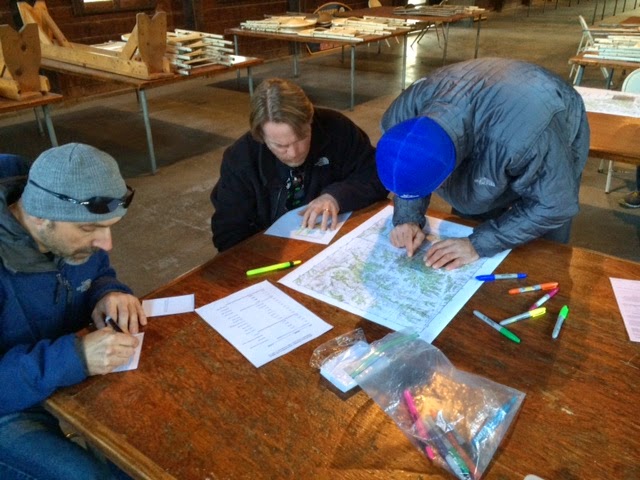 a lake, mountain bike/horse trails, zip-line, and climbing walls with a rappel. We arrived at the boyscout dining hall to check-in and were given all our maps to plot.

When scouting out our competition, I knew of very few teams. But, my eye was on the team, Wollinators, who won it last year who are fast runners and triathletes and team Medicus WRX who were there from Wisconsin to qualify for Nationals. Zdenek, Adam, Dave, and I were eager to qualify for Nationals too. I asked the race director for his projected winning time and he thought 6 hours but, that would be hauling. 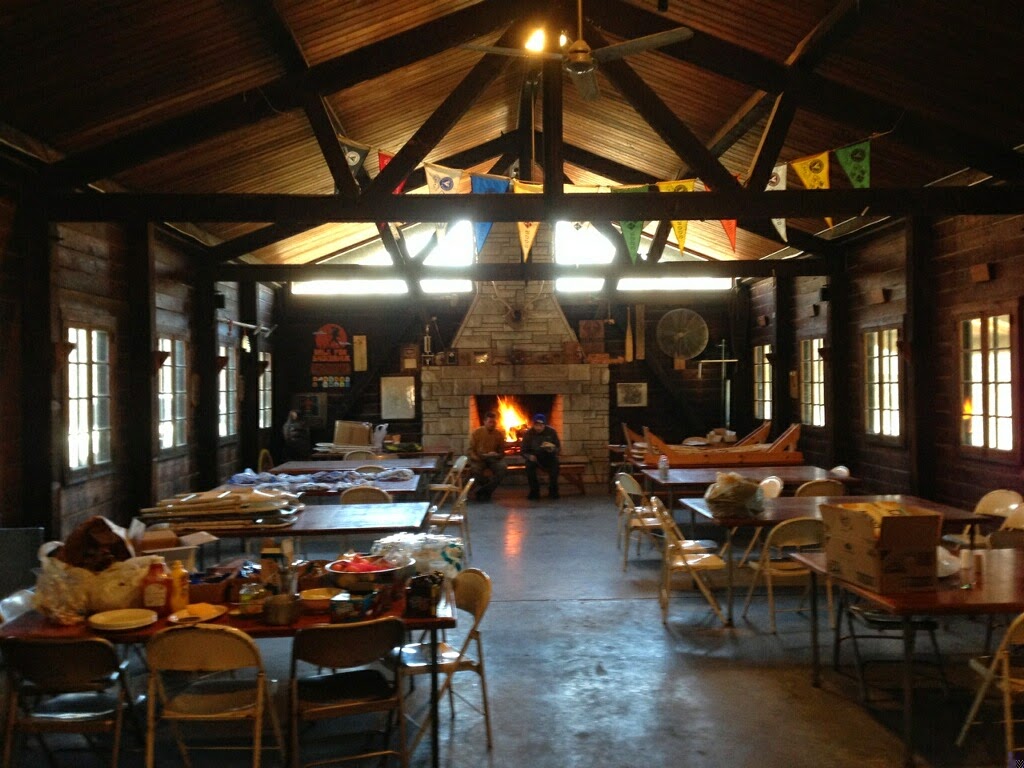 The race start was a little chilly with a temperature of 25 F and wind chill of 13. We gathered in the boy scout dining hall for a short pre-race briefing. They had a nice cozy fireplace going. The race director finished the talk inside while we kept warm and then, all the sudden the race director yells "GO!" We all looked at each other and realized the race just started! All the sudden it was like a fire drill with all the teams trying to calmly get out of the building.

After freeing ourselves from the building, our team quickly finds each other and takes off on foot with Zdenek's speady running pace. We quickly find ourselves ahead of all the teams on the run. We fall behind a couple of teams after the first checkpoint since they found a better route. Humm..maybe locals or previous racers knew the area a little better? But, we stuck to our plan which was to hit a road after the 1st CP which was a little longer than cutting through the wooded area and fields. We eased into a steady running pace once on the road and we see the other teams cutting across the land which we think will take them longer. The fields did not look easy to run on since most of the ground was still frozen. Finally, we gain some ground and running the gravel road at a steady pace paid off.

We were the 1st team to arrive at the lake and were instructed to look at a map the race volunteers held which had the next CPs. We took off paddling and quickly collected a series of checkpoints on both sides of the windy lake. We jumped out of the boats and headed back out on the run. We proceeded to a cool zip-line across a small valley. A quick "woohoooo" while zipping across and then, we ran back down the valley up to the other side to shed the climbing harness, helmet, and gear.

We took off running again but, shortly found ourselves with a 2 male "Tom and Huck" team. They were good runners.  We transitioned next to the bikes and found ourselves ahead of the other team with our quick transition. We bolted off onto mostly gravel roads to collect a series of checkpoints. The winds were pretty strong out on the open roads and my toes and fingers were starting to feel the cold wind. We were able to quickly nab the CPs and arrive to the climbing wall in 1st place again. There we were greeted by my parents..."hi mom and dad!" They don't get to see me race much so it made it even more fun to have them there supporting and cheering.

The climbing wall was a little tough and the biking gloves and somewhat muddy tennis shoes made it a little more challenging . After reaching the tougher middle section of the climbing wall, I had to throw down my gloves for a better feel for the hand holds. Once I scrambled up to the

top of the climbing tower, there was a fun rappel back down the other side.

While the rest of my team was completing the wall, the Tom and Huck team arrived to climb. We knew it wasn't going to take long for them to complete this section since there was only 2 of them and 4 of us. So, we started helping each other take off our climbing gear so we could really hustle back onto the bike.

We bolted out of there and back down to the lake where we again needed to look a pre-plotted map with CPs before we got in the canoe. We nabbed the 3 CPs around the lake and proceeded back to our bikes. We didn't see the Tom and Huck boys but, I knew they were close.

The last section of the race was all single track mountain biking around the lake with CPs along the way. I was worried the all male team might be faster on this section than me. The trails were difficult to ride at times due to leaf cover, standing water/mud, and some very steep grades which meant we had some hike-a-bike. We knew there were no orienteering flags on this section and just the punch clips. This meant we all really had to keep our eyes pealed and be spot on with the navigation. In fact, we had stopped the first time to check our maps since we knew we were close and one of the boys turned and said "oh, here it is!" 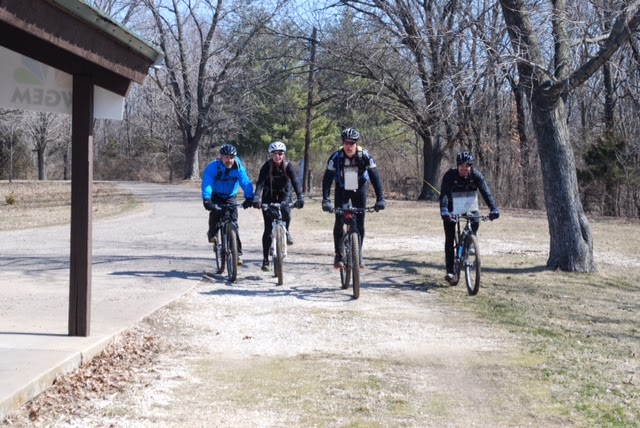 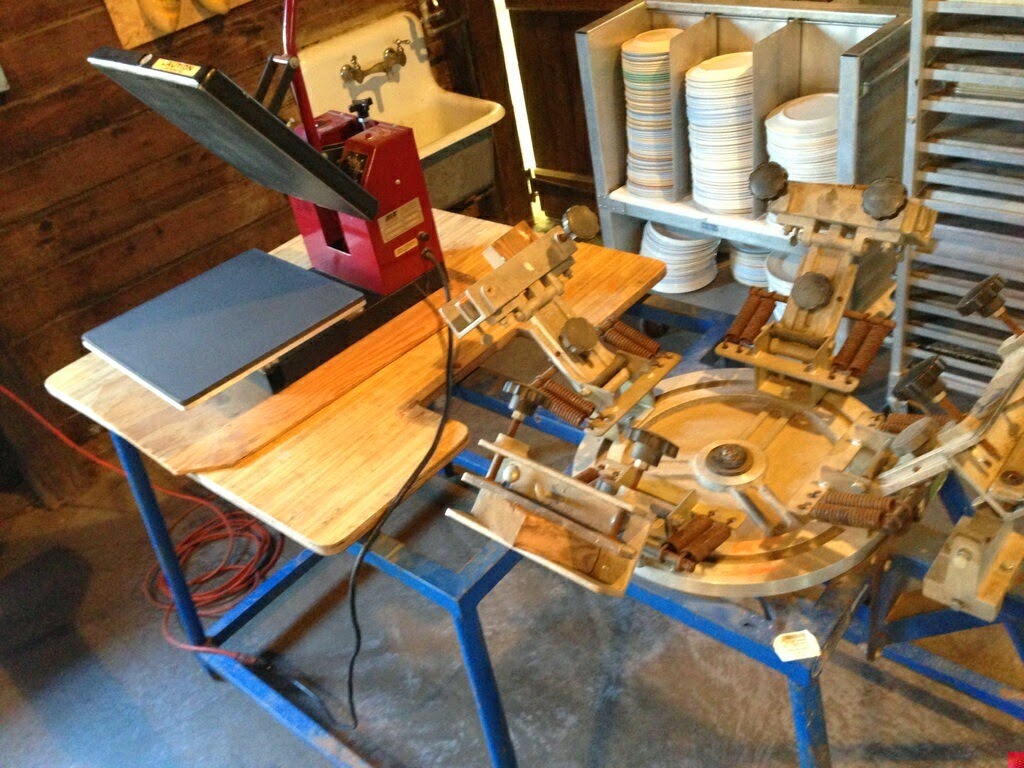 We still aggressively raced to the finish and no other teams in sight still. We arrived at the finish line with my parents cheering and were awarded first place in a time of 5:04. The race director had nice medals and shirts for us which he made right there on site in the dining hall with his shirt press machine. We were awarded a spot for USARA Nationals to be held in Maryland this year and cool USARA wind jackets for winning a Regional Championship.

My team had a really great time at the race. The guys on my team are so awesome and fun to race with. Zdenek was really spot on with his navigation in the race too.

Thanks to the race director and friendly volunteers for putting on a fun and challenging adventure race. We will be sure to be back next year. A little birdie told me it might be a 6 and 12 hour event next year! Yeah! 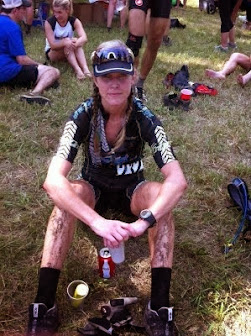 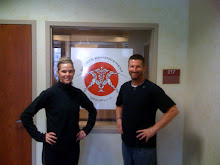